1. The audio-book I recorded in my own closet! Now on Audible.

3. News on the feature-length screenplay version I'm working on with the wonderful mentorship of my friend, Ally Sheedy! Special thanks to the Jane Hoppen Paragraph New York Residency and Bookshop Santa Cruz Residency at the Wellstone Center in the Redwoods for offering me time and space to continue to dream up the many versions of this story so dear to me.

THE SHIP WE BUILT

CAME OUT MAY 26th!!! My debut middle grade novel (that's ~secretly~ also for adults)!!! with Dial Books for Young Readers at Penguin Random House and shortlisted as one of the "Six Must-Read Pride Books from Penguin Young Readers" by Kirkus Reviews.

​* ”Bean vividly and sensitively captures the struggle of being a child who just can’t fit in and doesn’t understand why. It is an authentic portrayal of childhood pain without an ounce of condescension. . . . While the book tackles big issues, primarily addressing being trans and queer and surviving incest as well as touching on parental incarceration, anyone who has ever been a sad or confused child will be able to see a little bit of themselves in Rowan and Sofie. . . . Everyone should read this remarkable, affecting novel. ”—Kirkus Reviews, starred review

* “This heartfelt, emotionally raw narrative delicately and respectfully covers incredibly complex issues (homophobia, substance abuse, sexual abuse, racism) that many young people around the world face, compounded by Rowan’s status as a trans boy. Bean’s debut novel for young readers is as difficult as it is hopeful, beautifully captured through a 10-year-old voice. A remarkable and memorable book!”—Booklist, starred review

​"This middle grade debut is a strong addition to any library collection; it will spark needed conversations among children and adults alike, aiding the journey toward a more compassionate and open community."—School Library Journal

You can also read more about it in interviews with New York Times,Honey Suckle, Monstering, Kirkus Reviews, or RAINN <3 <3 <3 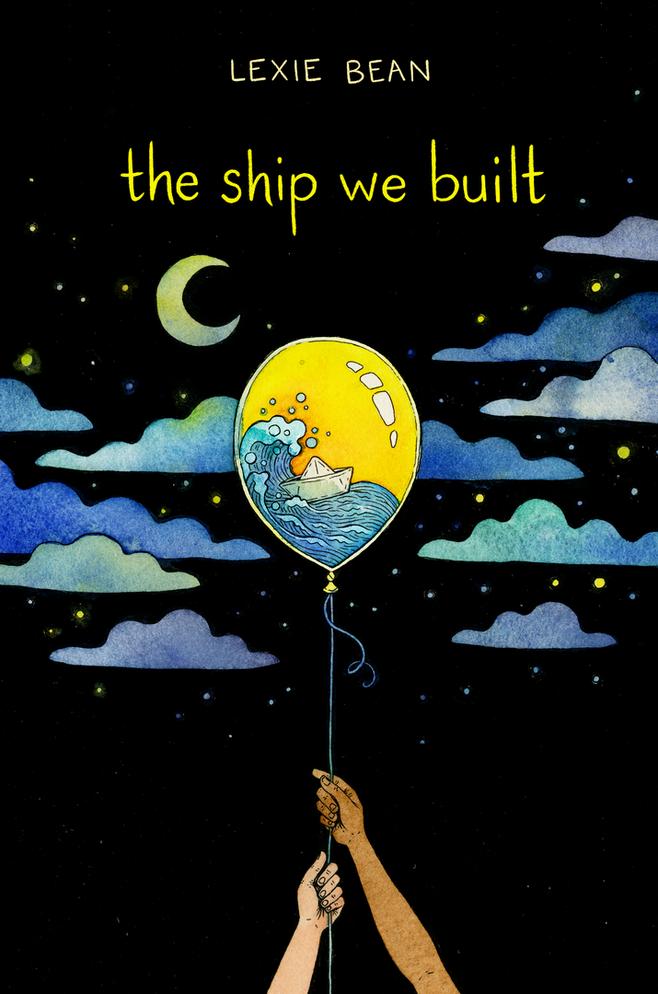 BUT CAN'T WAIT TO READ IT? HERE'S A SNEAK PEEK!

- A lil slide show of my very, very, very first draft I wrote of The Ship We Built. I was in a gold minivan driving between Chicago and Indianapolis while on a workshop and performance tour with my second anthology. Most of all, bless THE Ilona Brand for the text message challenge!! that got me to write the lil seed to begin with.

​- An animated version of The Ship We Built with music + animation skills by Harry Rubin-Falcone and drawing skills by Rosalie Eck. It has played at several festivals, and premiered at the Locomoción Festival in Mexico. I think it makes for a pretty good lullaby. ​

Sometimes I have trouble filling out tests when the name part feels like a test too. . . . When I write letters, I love that you have to read all of my thoughts and stories before I say any name at all. You have to make it to the very end to know.

Rowan has too many secrets to write down in the pages of a diary. And if he did, he wouldn’t want anyone he knows to read them. He understands who he is and what he likes, but it’s not safe for others to find out. Now the kids at school say Rowan’s too different to spend time with. He’s not the “right kind” of girl, and he’s not the “right kind” of boy. His mom ignores him. And at night, his dad hurts him in ways he’s not ready to talk about yet.

But Rowan discovers another way to share his secrets: letters. Letters he attaches to balloons and releases into the universe, hoping someone new will read them and understand. But when he befriends a classmate who knows what it’s like to be lonely and scared, even at home, Rowan realizes that there might already be a person he can trust right by his side.